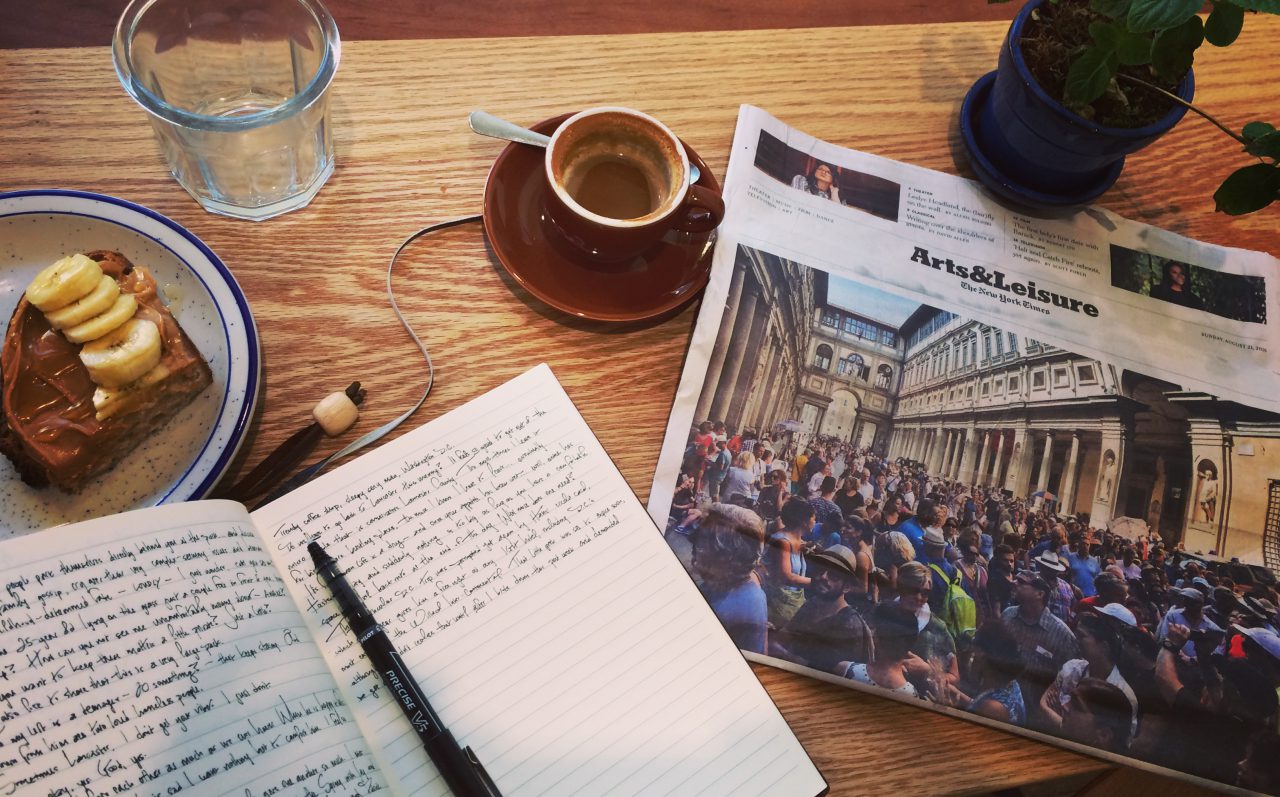 I am going to tell you about one of my favorite kids at camp this summer.

Not that I had favorites.

I will call him Henry.

I thought Henry was a bit of a punk.

Not that I ever think such things of campers.

It might’ve been the way he dressed. Possibly? He wore a graphic design t-shirt and baggy-ish cargo pants and was always wearing a hat. Not a baseball cap, but a ‘cool’ cap, the kind that isn’t a freebie at a John Deere event. The kind of cap with some strange symbol that stands for something that’s cooler than anything in my wardrobe.

I had ambitious personal goals of getting to know every. single. camper at camp.

Because Henry was a loner.

As someone who despised camp growing up (shh, don’t tell!), it was the loners that tugged hardest at my heartstrings.

I was assigned to help supervise the hard-level hike that week–which I was quite enthusiastic about doing–until a group of sleep-deprived preteens decided last minute that easy sounded better. Against my will, I was sent right past medium level to ground zero to help balance the numbers.

What fun is Prehistoric Valley when you had your eyes set on Eyebrow?

(In hindsight, I ended up in the hospital 2 days later. So…fine.)

I got to talk to Henry.

Henry, who started out walking slowly by himself in the middle-almost-back of the group.

I slowed my pace to his and asked what he liked to do for fun. “Computer game programming,” he said softly, his eyes watching his feet.

It wasn’t long until Henry took charge as both the asker and the answerer.

“Do you want to hear something weird?”

“Do you want to hear something awesome?”

“Do you want to hear something funny?”

Cool cap aside, here was a freckly light-haired, bright blue-eyed kid. A skinny middle schooler at camp with a million dollar smile and a fierce nerdy streak that probably means he’ll end up richer than my income and your income combined.

A kid who secretly contains a zillion and two one-of-a-kind stories and can preface every one of them–every. one.–with a question mark.

“You know what’s not so great?’

“Have you thought about dragons before?”

His favorite subjects in school are technology and engineering (which apparently exist in junior high these days). He’s designing his own video game. He knows he wants to major in computer science in college (in six years). He loves, loves, loves camp and the best hike of them all is Raspberry. The kids at his school do a lot of stuff they probably shouldn’t on their computers.

His mom is sick.

Her illness changed his life because they had to close the family business.

“Do you want to know why I always wear a cap?”

“Why do you always wear a cap?” I asked.

“The doctor found a precancerous spot on my head.”

“What?” Was he being serious?

“Yeah. So they had to cut it off. My parents let me decide if I wanted the surgery and I heard all the statistics and stuff and I was like, definitely. Absolutely. Skin cancer is in my family and so now there’s this very sensitive skin there so I always have to wear a hat.”

“Yeah. And there’s a scar you see. See? Like other kids steal my hat ‘cuz they think they’re being funny but it’s not so I try to tell them.”

“That would…” I trailed off. “Suck” is not a staff appropriate word.

“Or when I go to the beach. I can take it off to go like swimming under water and stuff but that’s really it…and it gets really, really annoying. I wish I didn’t have to wear it all the time.”

“I sorta hate it sometimes but it’s okay. I’m glad I don’t have cancer!”

I heard some pretty intense stories from campers. More intense than Henry’s, sure. But something about Henry’s story hit me in a way that no one else’s quite did.

The next day as the campers were leaving, I sought out Henry to say goodbye. It turned out, however, that my one-day friend had found a pal to hang out with until his parents came. He was preoccupied with their (gaming) discussion. I knew better than to interrupt.

In my head my thoughts were swirling.

Want to hear something?

Want to know something crazy?

Want to know what’s on my mind?

Want to know what you taught me, Henry?

I had the best intentions to be your friend at camp, but I had no concept of what you might be dealing with. I had no idea that you had a sick mom and I had no idea how much camp meant to you and I didn’t know that you were so hung up on your fashionable caps because of a precancerous mole.

If I had to wear a hat every day of the week, I’d probably spend some money on some nice ones, too.

I wanted to serve, serve, serve because of some difficult times I went through a year or two ago. Difficult times that prevented me from working at a camp. That left me feeling sort of guiltily indebted to everyone who was there to help me out. Which was. Everyone.

It doesn’t take much, does it, to realize that everyone’s got their precancerous mole.

It doesn’t take more than a day and a conversation with a twelve-year old to be reminded that everyone has that spot that they try to hide and a story as to why they have to hide it. That there’s always more that meets the eye and dang, that’s a lesson we all have to commit to learning and relearning.

I could never get enough of this.

Photo cred to Sadie GZ. Camp brought out my crazy side, what can I say? 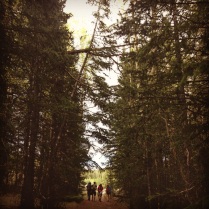 One of my top moments from this summer was sleeping under the stars to the sound of the pine trees. Wow.

This was a particularly favorite spot to journal.

My lunch break on a Friday afternoon!

A mistake made for me, apparently.

She’ll take you on the volleyball court. 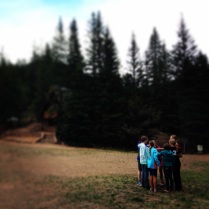 My cabin, getting along! #Counselormoment

…so we made chickadees to decorate!

My hair received so. much. love. 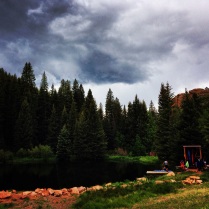 My sister, the camp staffer expert (6 years and counting!) I feel bad putting up pics of campers without their permission, so Alicia pics will have to suffice. 🙂

Camping out with the kiddos. 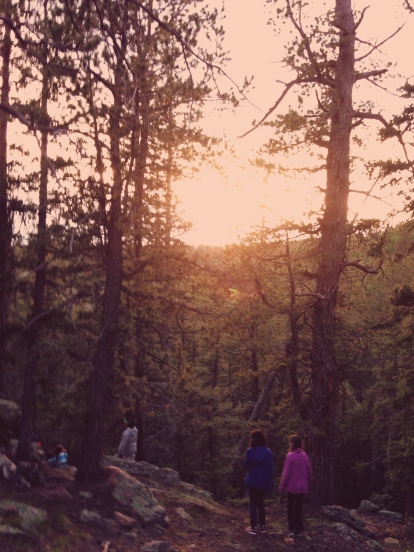 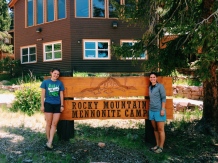 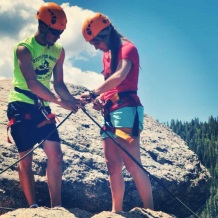 Until next time, Colorado!